Garages are a major convenience to us these days. They protect our cars from the elements and provide our home with extra storage space. According to a study by the American Housing Survey back in 2015, an average 63% of all homes in the U.S. come equipped with a garage door. The West Coast came in at the top of the charts with nearly 76% of homes having garage doors, as opposed to the North East states where only 49% of homes have garages. Vegas has brutal Summers, dust storms, monsoon hail storms, excessive heat warnings and wind storms with gusts up to 70 mph which can really put our vehicles through the ringers when left unprotected. Being able to put our cars into garages saves us and insurance companies millions of dollars annually in preventable damages. When left out in the sun for long periods of time, dashboards crack, leather seats split, paint jobs become faded and begin to crack, and your vehicles engine takes a real beating. Well, this got us thinking. AAA Action Doors are always giving out tips on preventative maintenance for garage doors, and what types of doors are available to you, so we thought we would discuss the history of garage doors and how they came to be!

In the old days, people got around town by horse and buggy. At this time, buggy’s and carriages were stored in the same barn as their horses. When the first cars came to be, a need arose for a place to store all these cars. Only the wealthiest of people owned cars in the beginning. At first, people repurposed their carriage houses to accommodate their vehicles. People even rented out their carriage houses for a fee to the wealthy to store their second or third vehicles. In a few short years, cars became more affordable and more people were able to own one of their own. People grew tired of having their vehicles wreak of horse manure, so they opted for a better option to store their vehicles and protect them from the elements. So “parking garages” came to be. Owners would build single-story garages that could house multiple vehicles at one time. Vehicle owners would pay about $15 a month to store their vehicles in these community garages. These heated garages were maintained by the owner and served as a major convenience at the time. Until about 1910 this was a lucrative business for garage owners, but as time went on, people wanted their own garages at their house, so they could park their vehicles on their own property. This is how the garages we know today originally came to be!

Garages Were First Built in the 1900’s

The word “garage” comes from the French word “garer” which translates to “to store”. At first, garages were modeled after carriage houses, homeowners would build small shed-like structures to store their cars in. In the early stages, these sheds came equipped with a huge wooden barn door that you had to swing open or closed to operate. These did not come with insulation, so they did very little in protecting cars from the bitter cold or heat. They were also difficult to maintain because of all the wear and tear they experienced with those heavy doors, and if snow was on the ground, forget it! That door was almost impossible to open! Sliding doors were invented in the early 1920’s, which meant you’d need a bigger garage for the door to fit properly. Then in 1921 C.G. Johnson invented the overhead sectional garage door. Then in 1926 The first electric garage door opener hit the market and people flocked at the idea. By the 1940’s architects began incorporating garage doors into their home designs and in the 1960’s garages began to expand to accommodate more than one family vehicle.

In today’s world, the sky is the limit. There are many garage doors and accessories you can add to up your home’s value and increase curb appeal. Whatever your desire, AAA Action Garage Doors is your go to business for all things garage door related! If you live in the Las Vegas Valley, give us a call when you’re in the market for a new garage door to upgrade your home! 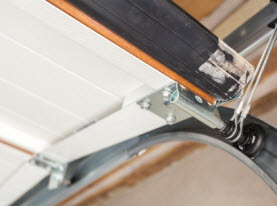 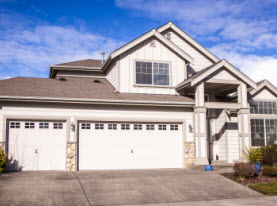 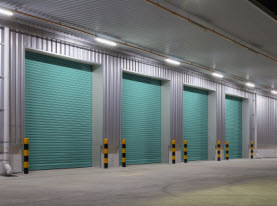